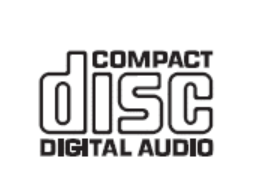 The AXC25/35 has been designed to only play:

Note: The CD-R/CD-RW discs should contain properly recorded TOC (Table of Contents) information so that they can be played back.

The AXC25/35 can only play the discs recorded in the CDDA format designed for music reproduction or those containing MP3 or WMA files. Do not attempt to play a disc on this unit containing other data, such as a data CD-ROM for PCs.

1. Using the front panel or remote control, press the ‘Open/Close’ button to open the disc tray.

2. Once the disc tray has fully opened, carefully place a disc into the tray with the label side facing upwards.

3. Close the disc tray by pressing the ‘Open/Close’ button again. When the tray has fully closed the AXC25/35 will read the disc and display the content information.

4. The disc tray can be opened at any time during playback using either the front panel ‘Open/Close’ button, or the one located on the remote control. Only remove an inserted disc after the disc tray has fully opened.

1. Switch on your amplifier and set its input selector to the correct position. Adjust the volume control to a minimum.

2. Press the Open/Close button to open the disc tray and load a disc.

3. Press the Open/Close button again to close the tray. The CD player will read the disc.

5. When the last track has finished playing, the display will return to Table of Contents (TOC).

6. To stop the disc at any point, press the ‘Stop’ button. To pause the disc, press the ‘Pause’ button. Playback can then be resumed by pressing the ‘Play’ button again.

LOCATING A SPECIFIC TRACK DURING PLAYBACK

1. A single short press of the forward ‘Skip/Scan’ button will take you to the beginning of the next track on the CD. Repeat as necessary.

2. A single short press of the reverse ‘Skip/Scan’ button will take you to the beginning of the previous track.

LOCATING A SPECIFIC TRACK WHEN PLAYBACK IS STOPPED

1. A single short press of the reverse ‘Skip/Scan’ and forward ‘Skip/Scan’ buttons will skip between tracks in their relative directions.

2. Press ‘Play’ to start playback from the selected track.

1. Ensure that the disc is loaded.

3. Press the Repeat button twice on the remote control. ‘RPT ALL’ will appear on the display. Press ‘Play’. The whole disc will now be repeated until the function is turned off.

4. To turn the Repeat function off, press the Repeat button either before or during playback until ‘RPT OFF’ appear on the display.

1. Ensure that a disc is loaded.

2. Press the Random button on the remote control. ‘RAN ON’ will appear on the display.

3. Press ‘Play’. The CD player will now play the entire disc in random order. It is also possible to press the Random button during playback to listen to tracks in random order.

4. Press the Random button to exit. The disc will continue playing to the end in the correct order.

5. Press the ‘Stop’ button at any time to stop the disc.

Note: Selecting ‘Random’ mode when ‘RPT ONE’ has been selected will automatically cancel ‘RPT ONE’ mode.

1. Ensure that the disc is playing.

2. Press the Remain button on the remote control once to display the time remaining for the track playing.

4. Press the Remain button again either before or during playback to return to normal play mode.

It is possible to program the AXC35/AXC25 to play back in any order only the tracks you wish to listen to.

1. Ensure that a disc is loaded. The display should show the TOC data.

2. Press the ‘Prog’ button on the remote control. The Program set-up will appear on the display.

3. Use the reverse ‘Skip/Scan’ and forward ‘Skip/Scan’ buttons or enter the track number that you want to program as your first track.

4. Press the ‘Prog’ button on the remote. The desired track is now programmed. The program number automatically increases by one for the next entry.

5. Repeat steps three and four until all your desired tracks are entered. A maximum of 20 tracks can be programmed.

7. Press the ‘Prog Clear’ button on the remote to clear all programmed tracks.