Important Note: Switch the power off before making any connections.

There are two analogue connection options for the 851N. 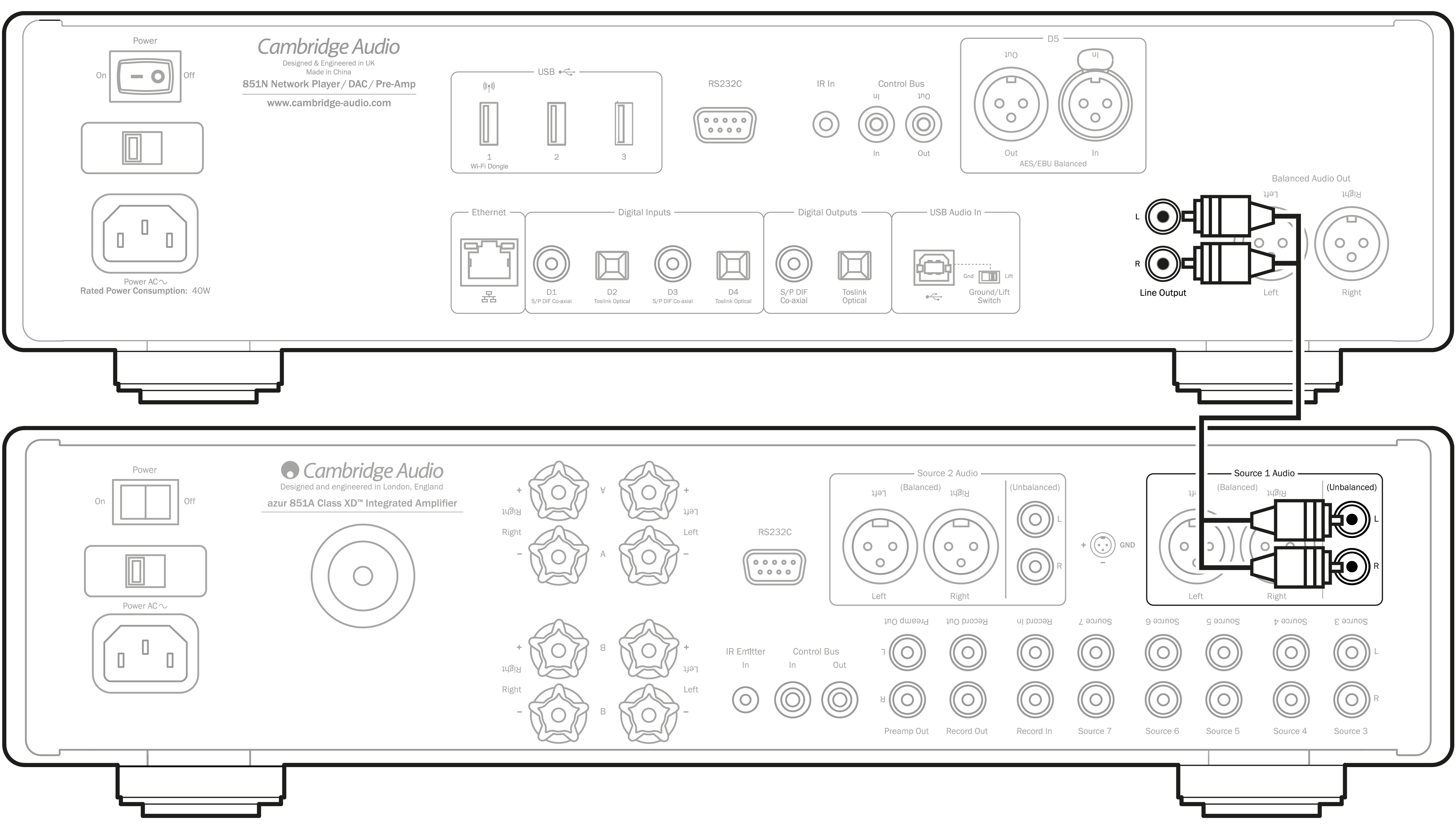 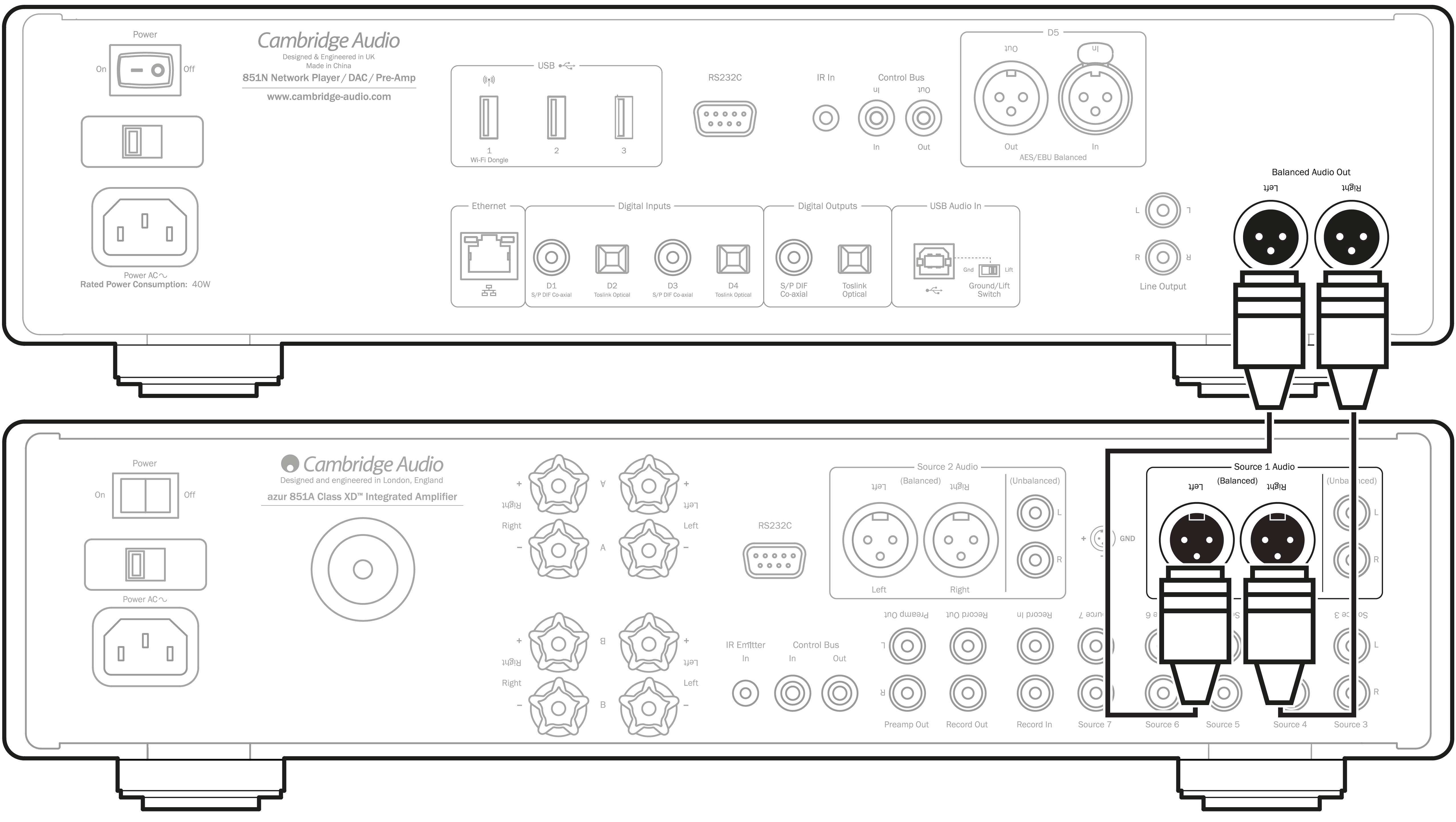 Please note: If using XLR cables, repeatedly press the Source 1 or Source 2 button (depending on which ports you are using) to toggle between 'Balanced' and 'Unbalanced'.

There are two digital connection options for the 851N. 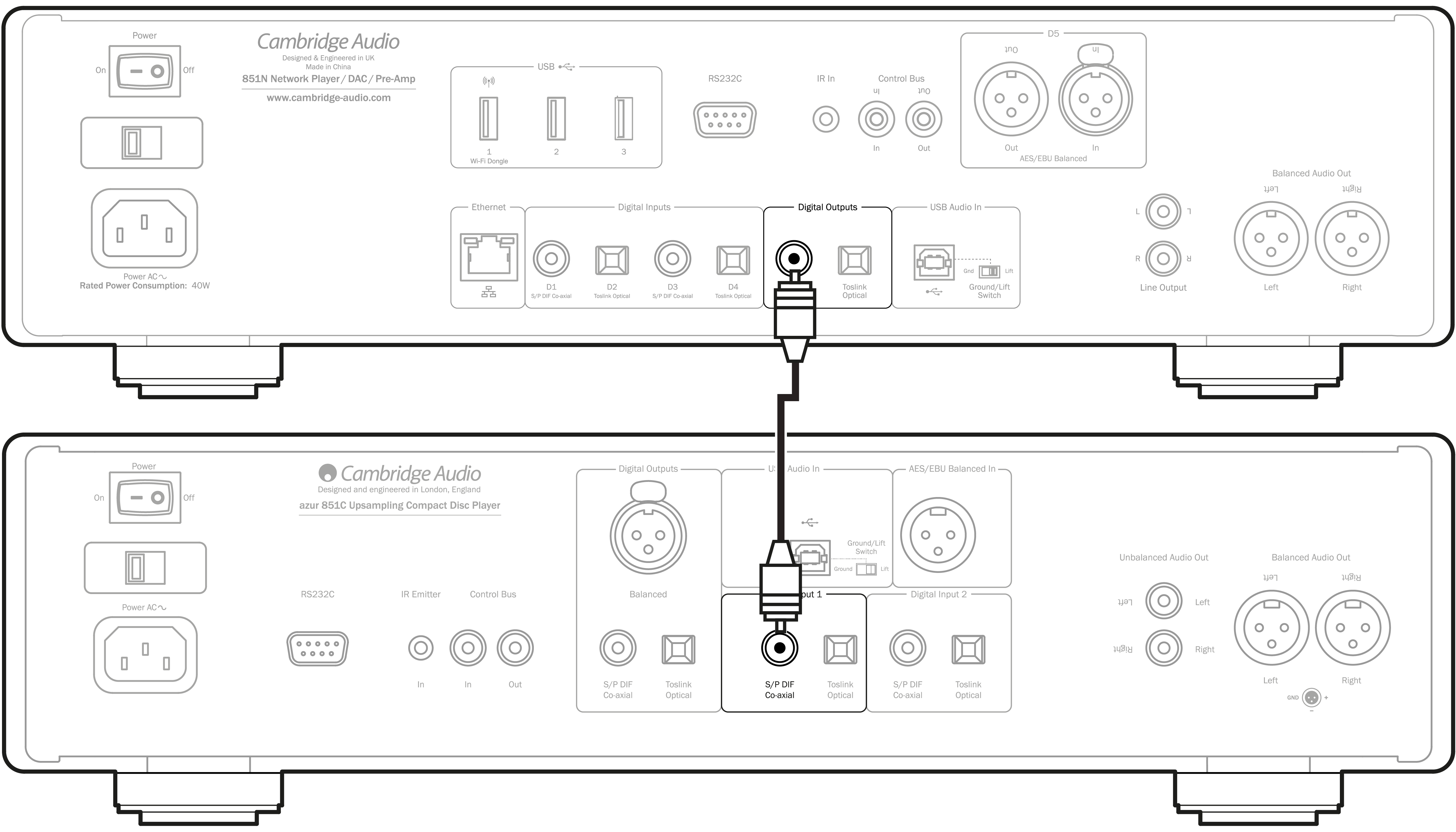 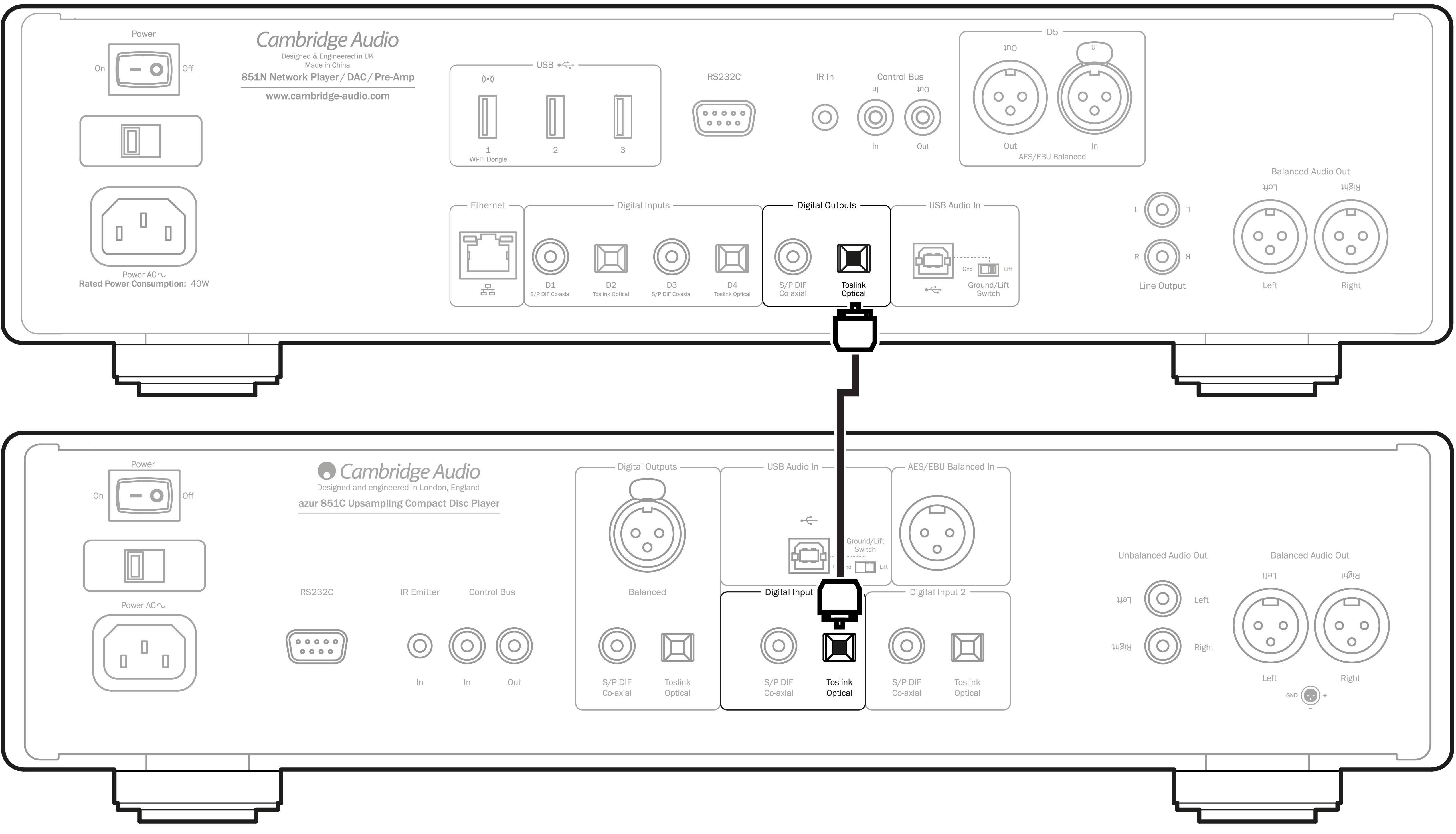 The Control Bus lets you control your other Azur 851 series units. See the following diagrams when connecting the 851N using the provided Control Bus cable. 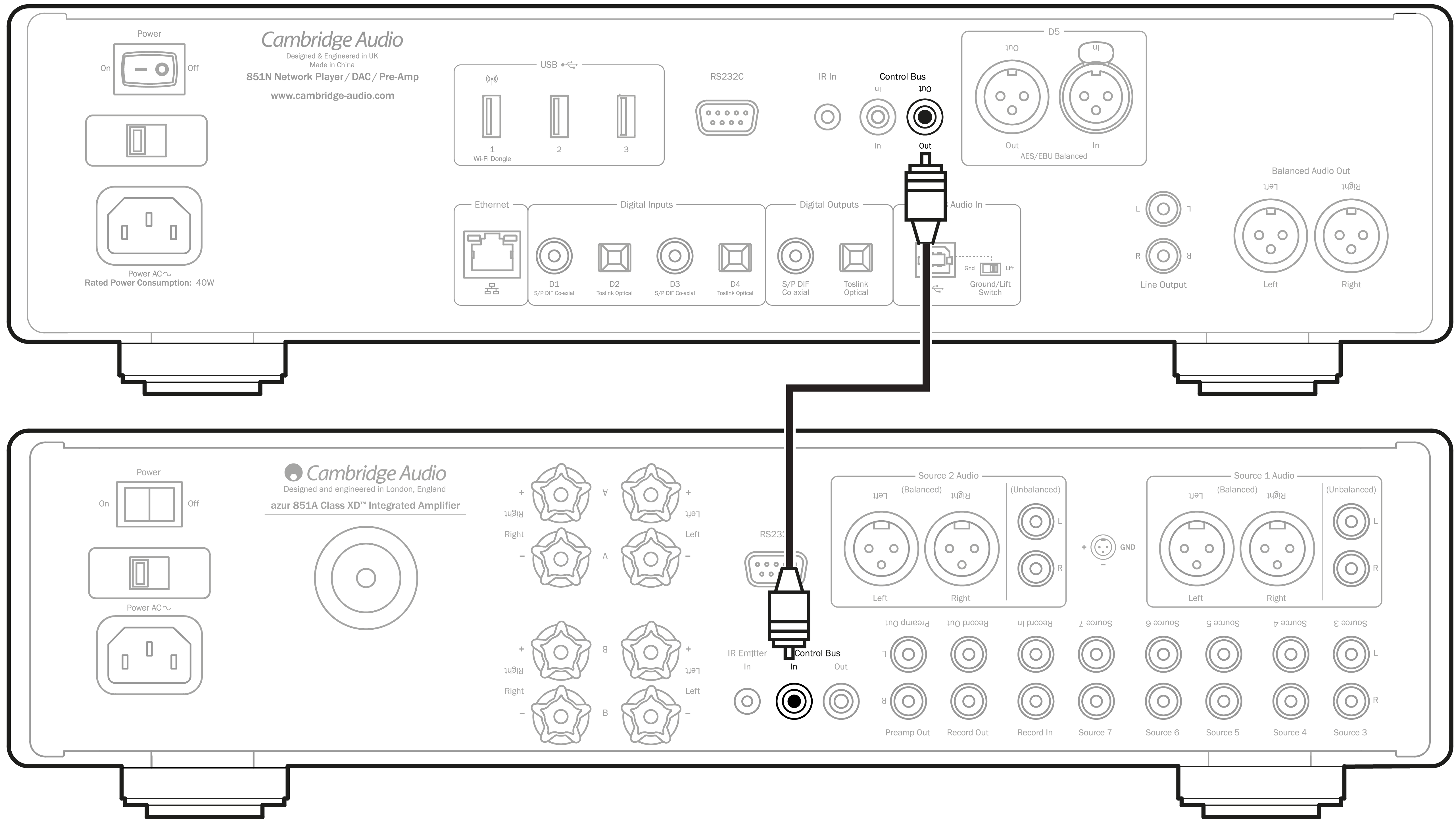 Note: Without using the StreamMagic app to control the 851A. 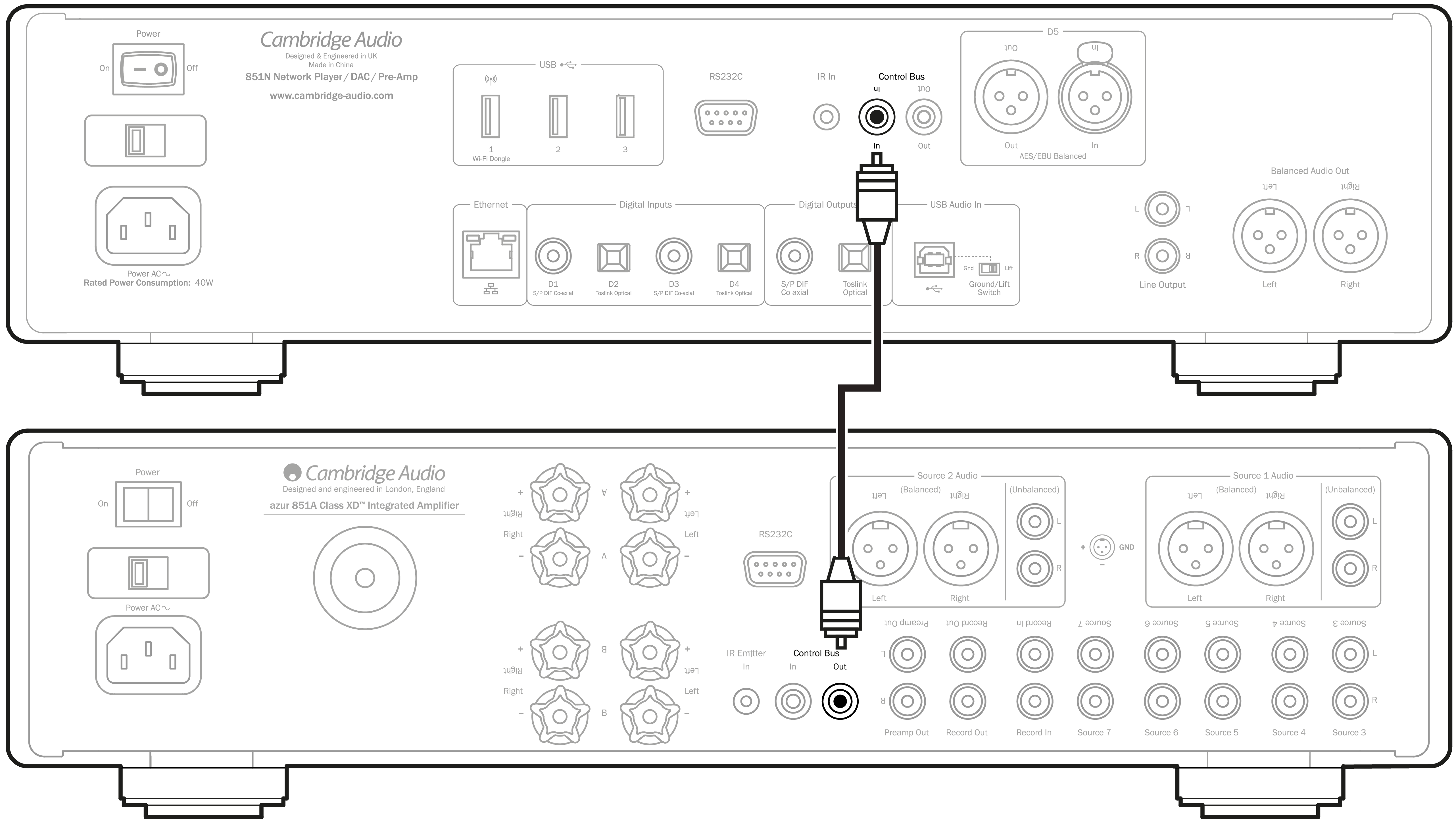 Control Bus will also need to be enabled and set to Amplifier within the 851N device settings in the StreamMagic app once the app has been connected to the 851N.

Note: If a device with APD enabled automatically switches off after the selected period of inactivity, this will also switch off the other connected devices.